West Oahu
The south west area of the island is continuing to develop and grow with an increasing number of master-planned communities in areas such as Ewa, Makakilo and Kapolei – often called “Oahu’s Second City”. There are many shopping & dining options, as well as several golf courses and a water park. Ko Olina offers private resort-style living and features a championship golf course and several luxury resorts, like the newer Four Seasons Resort and Disney’s Aulani Resort & Spa.

* Numbers do not include non-rentals under $100K

Based on 182 single family home

Do you have more questions about this area? 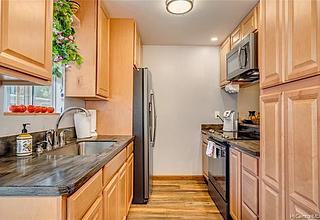